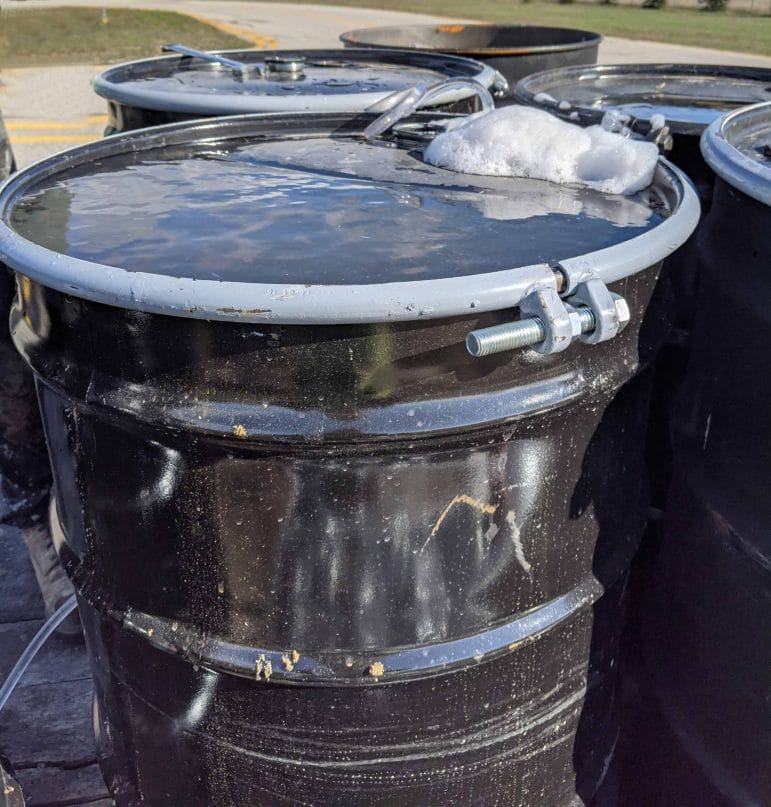 What would a PFOS and PFOA Hazardous Substance Designation Under CERCLA mean for the Business Sector?

The designation of two high-profile PFAS, PFOS and PFOA, as hazardous substances will have significant implications for many business sectors.

PFOS and PFOA as Hazardous Substances

On March 10, 2021, the Senate voted to confirm Michael Regan, President Biden’s nominee, to lead the U.S. Environmental Protection Agency (USEPA). This is a noteworthy milestone for the new administration’s environmental program and promises to be the beginning of an era of stronger Federal regulation of per- and polyfluorinated alkyl substances (PFAS), which Mr. Regan referred to as a “top priority” at his confirmation hearing. Only a few months into the new administration, we’ve already seen a significant movement towards PFAS regulation in drinking water and industrial wastewater discharge at the Federal level. One action likely to see movement soon is the designation of perfluorooctanoic acid (PFOA) and perfluorooctane sulfonate (PFOS) as hazardous substances under the Comprehensive Environmental Response, Compensation, and Liability Act (CERCLA), commonly referred to as Superfund. This is not unexpected, as it was identified as a priority in USEPA’s 2019 PFAS Action Plan.

This article discusses what a PFOS and PFOA hazardous substance designation might mean for the regulated community.

What is a “Hazardous Substance?”

What has Happened so Far?

The listing of PFOS and PFOA was identified as an “EPA Priority Action” in the February 2019 “PFAS Action Plan” published under the Trump administration (3), and the potential action was included in the “PFAS Action Plan Program Update” published in February 2020 (4). On January 14, 2021, an Advance Notice of Proposed Rulemaking (ANPRM) (5) was signed by the outgoing USEPA Administrator, Andrew Wheeler, that would have started the clock on a public comment period for designating PFOS and PFOA as hazardous substances. But on January 20, 2021, President Biden’s White House Chief of Staff, Ron Klain, issued a regulatory freeze (6) that, in effect, suspended the January 20 ANPRM pending “regulatory review.” Since then, no further actions regarding the designation of PFOS and PFOA as hazardous substances have been taken at the Federal level. Yet, given the Biden administration’s ongoing focus on PFAS, the issue is still alive, although temporarily on hold.

The first implication of designating PFOS and PFOA as hazardous substances under CERCLA, if it occurs, would be the expanded authority of the USEPA for the investigation and remediation of Superfund sites. With the hazardous substance designation, the USEPA would have substantially more authority to require sampling and, potentially, response activities related to these compounds. This designation could affect all Superfund sites where PFAS may be present, including those that have already had final remedies implemented for other contaminants, where USEPA may choose to “re-open” the site. Another significant implication has to do with USEPA’s cost recovery authority. Under CERCLA, the federal government’s authority to sue for cost recovery under CERCLA is limited to those materials designated as hazardous substances.

Another major implication involves release reporting. As mentioned earlier in this article, CERCLA’s Table 302.4 includes reportable quantities for all listed hazardous substances. CERCLA’s notification requirements (located at 40 CFR 302.6) go beyond Superfund sites and apply to releases of hazardous substances above their reportable quantities from “facilities.” The facilities are very broadly defined as “any building, structure, installation, equipment, pipe or pipeline (including any pipe into a sewer or publicly owned treatment works), well, pit, pond, lagoon, impoundment, ditch, landfill, storage container, motor vehicle, rolling stock, or aircraft, or (2) any site or area where a hazardous substance has been deposited, stored, disposed of, or placed, or otherwise come to be located.” CERCLA requires that responsible parties notify the National Response Center immediately upon learning of the release. In addition, the CERCLA hazardous substance list is referenced by the reporting requirements of the Emergency Planning and Community Right-to-Know Act (EPCRA, 40 CFR 355 Subpart C), which requires release notification to a designated local or state authority within 60 days.

Major implications include the expanded authority of the USEPA for investigation and remediation of Superfund sites, release reporting and a trickle-down effect at the state level.

As of this article’s publication date, PFOS and PFOA are not yet designated as hazardous substances under CERCLA. As previously mentioned, the January 20 “regulatory freeze” by the White House puts this action on hold, but the Biden administration has not put ‘all things PFAS’ on hold. On February 22, 2021, USEPA reproposed the Fifth Unregulated Contaminant Monitoring Rule (UCMR 5) to collect new data on PFAS in drinking water. On that same day, it was also announced that USEPA was reissuing final regulatory determinations for PFOS and PFOA under the Safe Drinking Water Act (SDWA), a necessary step on the road to promulgated federal drinking water standards for those compounds. And on March 17, 2021, the USEPA published an ANPRM that solicits input from regulated industries in anticipation of establishing effluent limit guidelines for PFAS. Most recently, on April 8, 2021, USEPA released a report documenting human health toxicity values for perfluorobutane sulfonic acid (PFBS). These recent actions can be viewed as a strong indication of the new administration’s commitment to more regulation of PFAS in the environment. It also seems probable that it won’t be long before USEPA issues a new ANPRM for the designation of PFOS and PFOA as CERCLA hazardous substances and restarts that regulatory process.

If you have any questions about PFAS regulations or would like to discuss your PFAS-related needs, please feel free to contact me at sbell@limno.com.

This article is the ninth in a series of articles authored by LimnoTech staff on PFAS-related issues. Follow us on LinkedIn or Twitter (@LimnoTech), and check the Insights & Perspectives page on our website for more information and updates. Links to the other PFAS articles in this series are provided below:

PFAS – Emerging, But Not New

Aviation and PFAS – What’s the Connection?

PFAS – The Next Wastewater Utility Challenge?

Should Municipalities Worry About PFAS?

The latest publication of the LimnoTech Currents newsletter, PFAS – Like Nothing We’ve Seen Before, also focuses on PFAS and covers a range of topics, including aviation and AFFF, potential issues, and areas of concern for municipalities, analysis methods and laboratory considerations, and current regulations.

Scott Bell, PE, is a senior environmental engineer and Vice President at LimnoTech, where he has worked since 1992. In addition to managing staff and projects, Scott has technical expertise in subsurface investigation, environmental remediation and restoration, and engineering feasibility studies. He currently leads LimnoTech’s PFAS response efforts and is supporting industrial, legal, business, and civilian aviation clients across the country with their PFAS-related problems.

6. The White House. 2021. Regulatory Freeze Pending Review. Memorandum for the Heads of Executive Departments and Agencies. From: Ronald A. Klain, Assistant to the President and Chief of Staff.